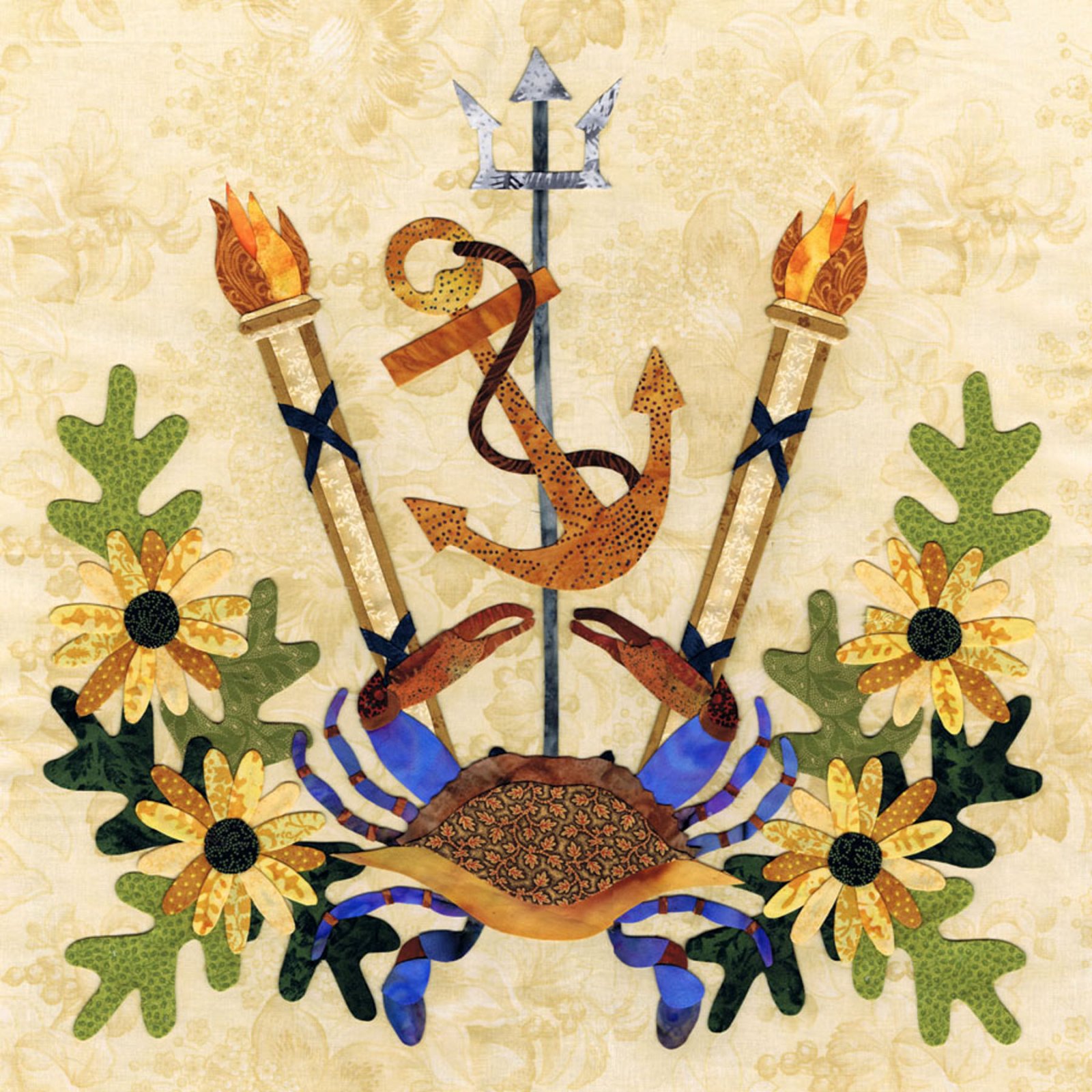 Maryland’s nickname, the “Old Line State” was given during the Revolutionary War when 400 soldiers in the First Maryland Regiment fought a British force of 10,000 and helped General George Washington’s army to escape. Washington depended on the Maryland Line throughout the war, and the soldiers’ discipline and bravery earned Maryland its nickname. Annapolis Naval Academy represented by the trident, torches and anchor; other state symbols leaves based on the Wye Oak, a 400 plus-year-old white oak tree; and the Black-Eyed Susan, and Maryland Blue Crab’s scientific name (Callinectes sapidus Rathbun) translates to “beautiful swimmer that is savory” and is Maryland’s official State Crustacean,