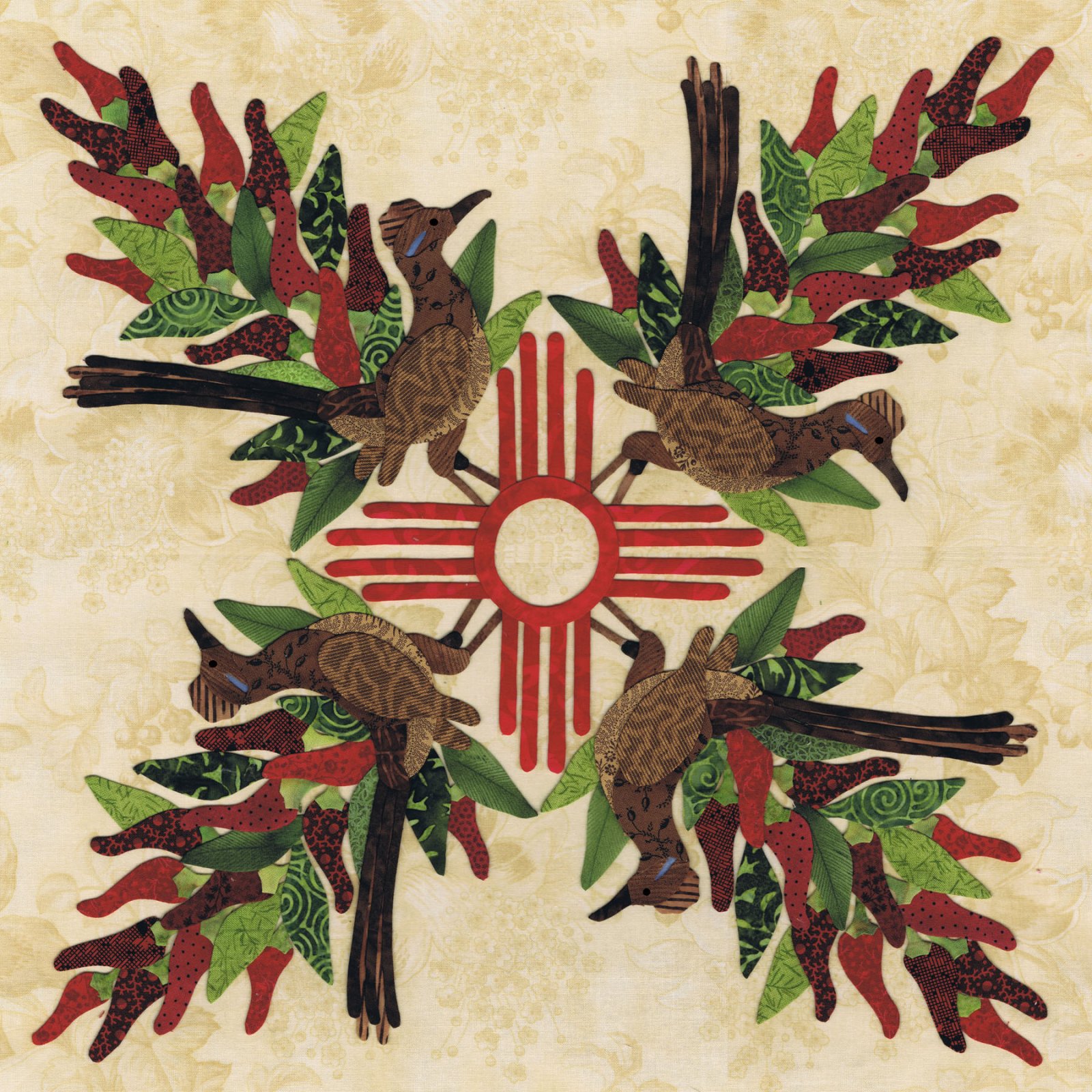 The “Land of Enchantment” describes New Mexico’s scenic beauty and rich history. This legend was placed on New Mexico license plates in 1941. The nickname became the official State Nickname of New Mexico on April 8, 1999. In 1920, the Daughters of the American Revolution suggested that a new state flag design be adopted that was more representative of the unique character of New Mexico. The simple and meaningful design features an interpretation of an ancient symbol of the sun as found on a late 19th century water jar from Zia Pueblo. This red symbol is called a “Zia” and is centered on their flag in a field of yellow. Other state symbols roadrunner and chili peppers.