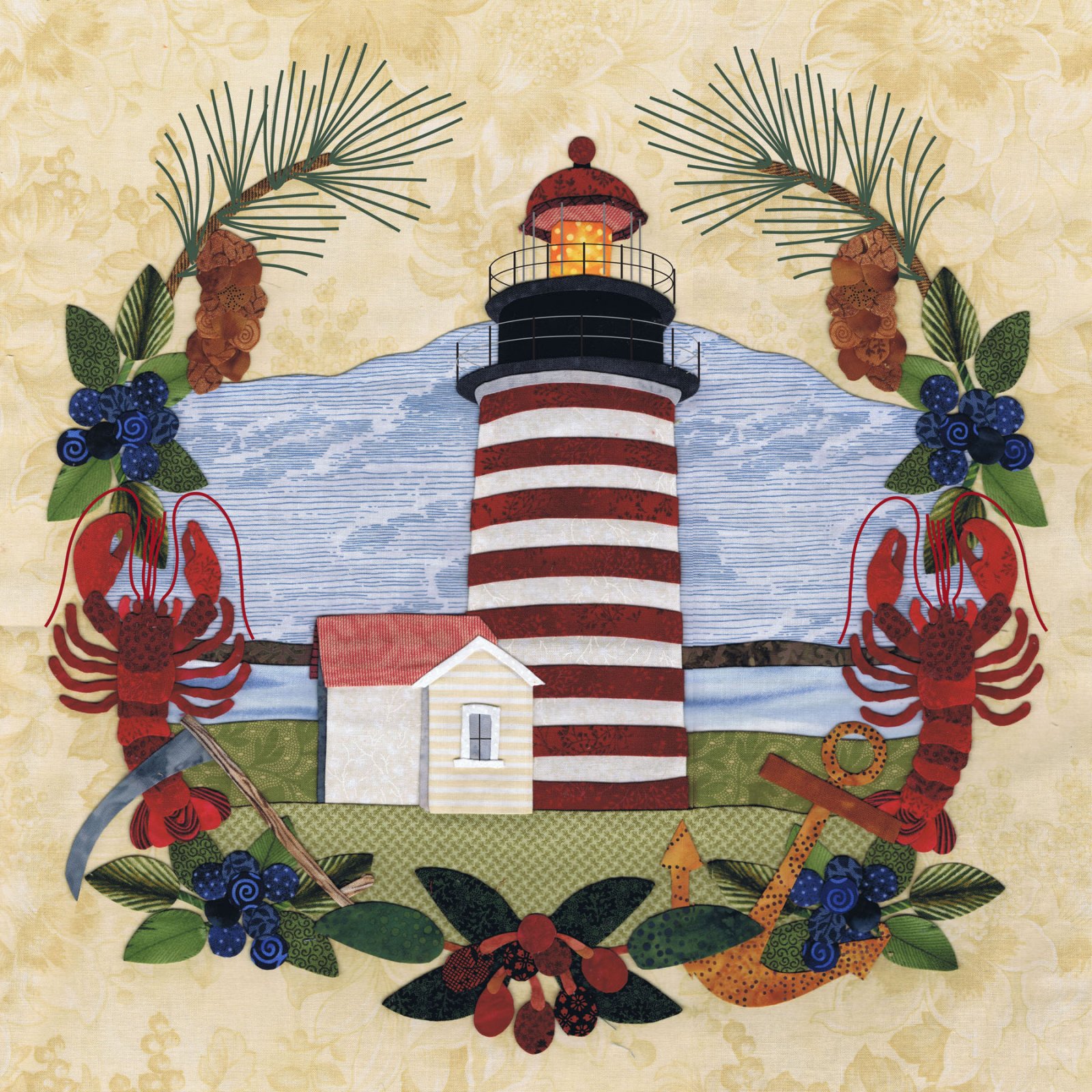 Maine is truly a scenic wonder. Picturesque lighthouses and quaint fishing villages add to the natural splendor of the coastline and forests.  West Quoddy Head Light overlooks Quoddy Narrows, the strait between Canada and the United States. Since 1808, there has been a lighthouse to guide ships through the waterway. The current Light house, with its distinctive red-and-white stripes, was built in 1858. The pine cone and tassel was adopted as the official floral emblem of Maine since February 1, 1895. Other state symbols; Wild Blue Berry, Wintergreen with its reddish brown stems. The states seal & flag a farmer rests on his scythe, and a sailor leans on an anchor.  And last not a state emblem but I when I think of Maine I think of Lobster!